WRPF Sweden are affiliated with WRPF World Raw Powerlifting Federation which have it`s head office in Russia with their founder and president Kirill Sarychev. WRPF was founded 2014 and had it`s first competition the same year. WRPF are the fastest growing powerlifting federation worldwide. Many top class atheletes and countries have joined and more joining every year. First world championship were held in Moscow 2015 with over 1000 athletes and it grows every year since. WRPF  are well known for their spectacular shows.

WRPF Sweden joined 2015 and are so far a small organisation but we are expanding in a steady pace. WRPF Sweden have grown from just a few members the first year and can now be found all over the country from North to South. We have 5 local sections, WRPF Skåne, WRPF Göteborg, WRPF Stockholm, WRPF Dalarna, WRPF Gällivare and more coming soon. 2017 WRPF Sweden held it´s first competition in Hindås and held after that a few more. WRPF Sweden will increase the numbers of competitions the upcoming years. Like WRPF we will have spectacular shows  with great athletes. This federation wants to be a big power and developer of powerlifting in Sweden. WRPF Sweden should be a powerlifting organisation to count on. 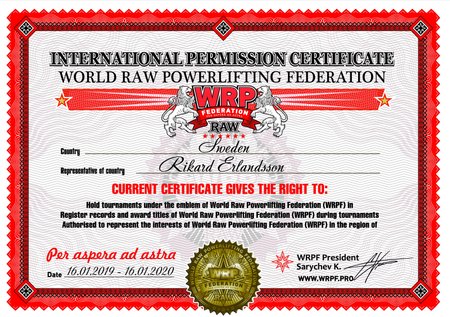 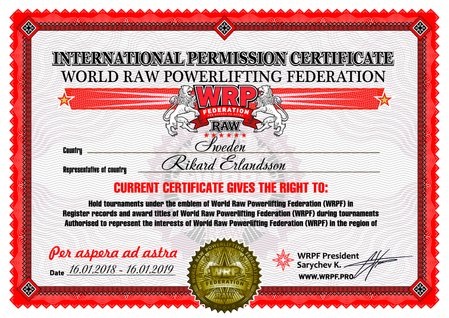 This federation takes the sport powerlifting

to another level. Top athletes and top